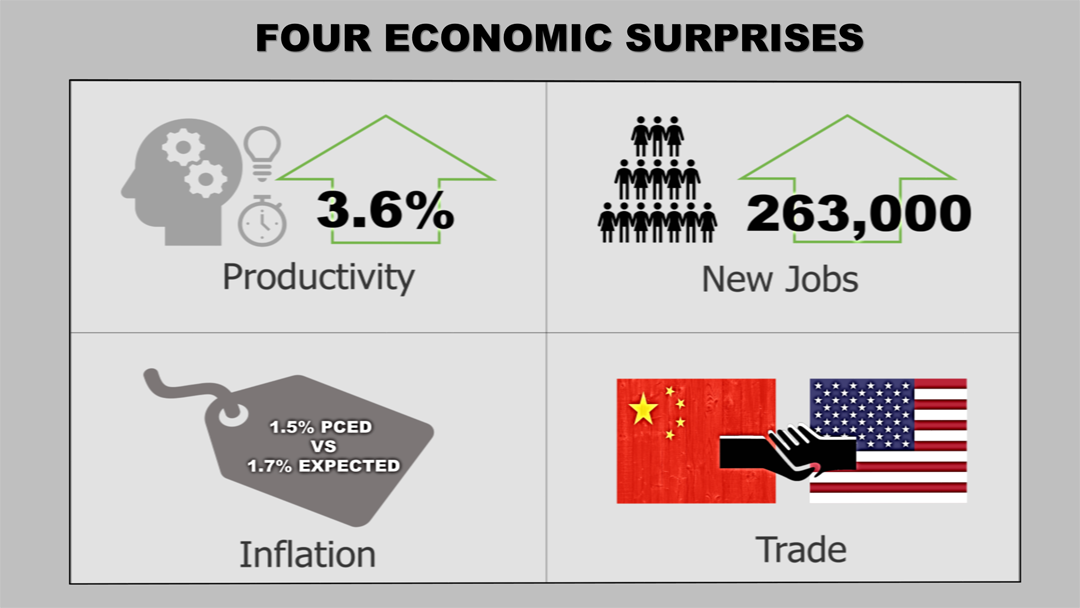 Financial and economic news this past week was very good on four fronts: productivity, employment, inflation and trade.


The unemployment rate sank to 3.6%, the Labor Department announced on Friday morning, the lowest level since December 1969. The economy created 263,000 new jobs last month, far more than the 190,000 expected.


Inflation data released by the Bureau of Economic Analysis on Monday was much lower than expected, even though the job market is tight, and wages are rising. In addition, Treasury Secretary Steven Mnuchin said in a TV interview that he expected a finalized U.S. trade agreement with China next week, averting a trade war with the world's No. 2 economy.

But the newly released productivity data was the biggest and most positive surprise. 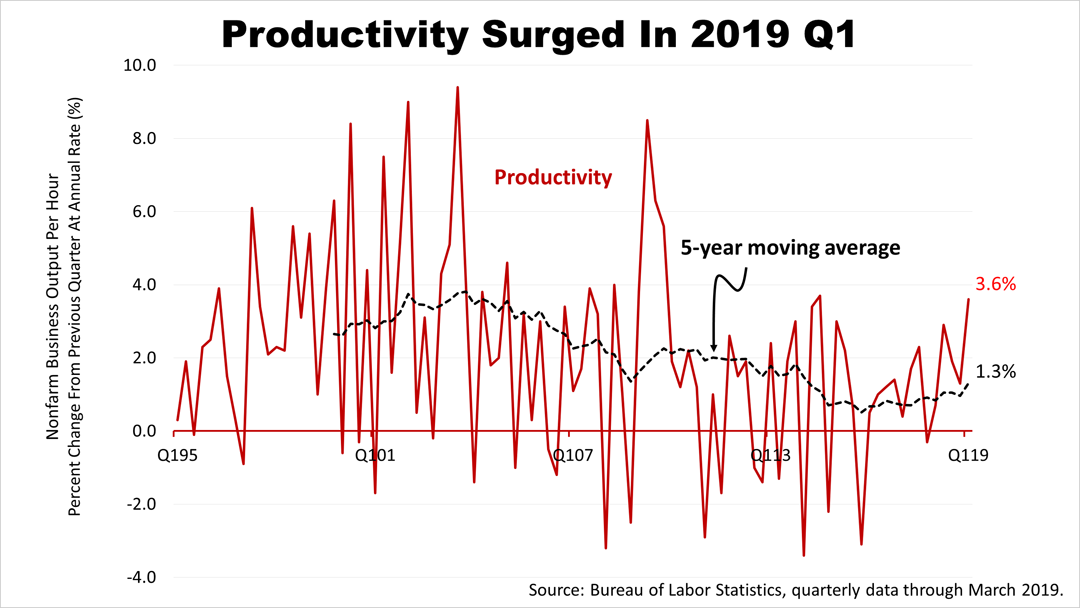 The Congressional Budget Office, the nonpartisan research arm of the legislative branch of the federal government, projects productivity will grow 1.8% annually through 2029, and the productivity rate for the past five years annually averaged just 1.3%. In contrast, newly released data shows that productivity surged at a quarterly annualized rate of 3.6% for the period ended March 31st. That's twice the long-term rate projected by the CBO.

With wages rising without triggering inflation — a condition that defies conventional economic wisdom — the Federal Reserve is under no pressure to raise interest rates. This is not just a Goldilocks economy. Goldilocks is on steroids! 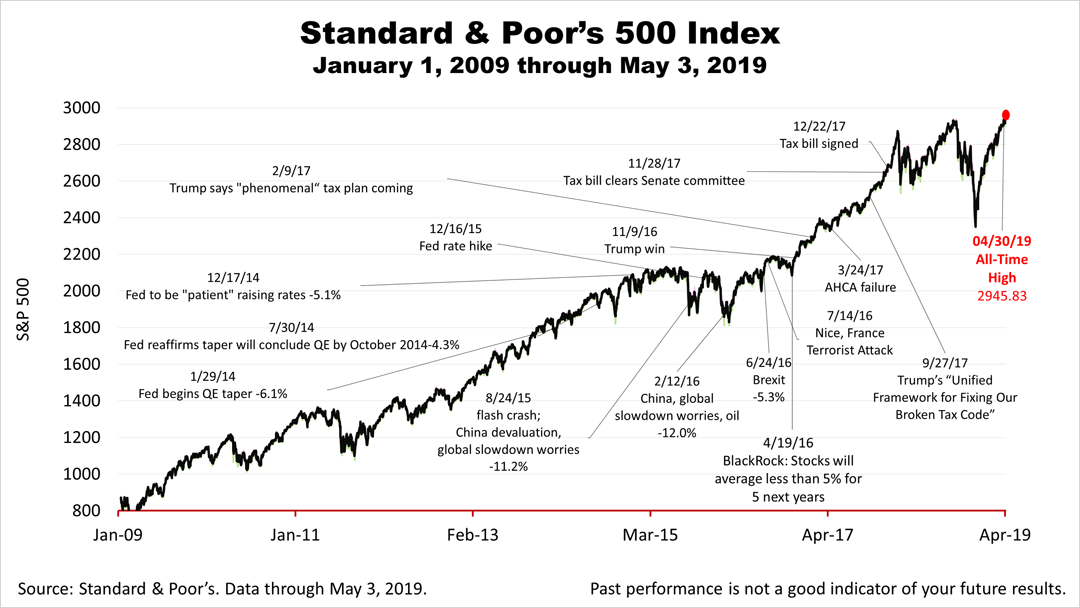 No one can predict the market's next move and past performance is not indicative of your future results. Stocks are only one asset class in a long-term strategically-designed portfolio. Stock prices don't always reflect fundamental economic trends but over the long-run economic fundamentals are the key determinant of corporate earnings, which drives stock prices. Since stocks are the main growth engine for Americans' retirement portfolios, this week's unusually good economic news made long-term optimists look smart.